Board of Supervisors Meeting

Posted by: Board of Supervisors 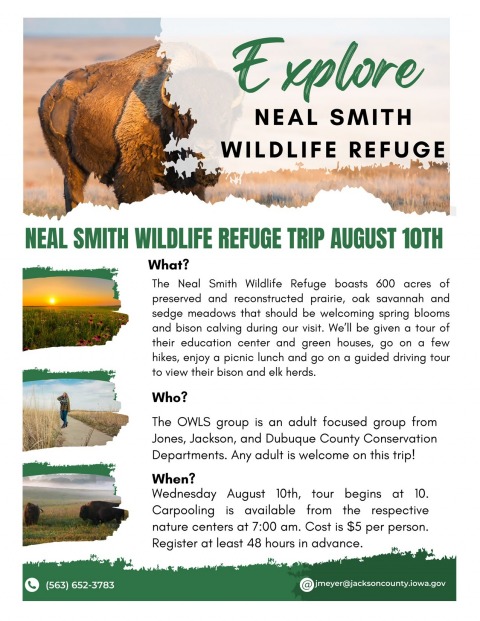 Join the OWLS (Older Livelier Wiser Souls) group on a trip to tour the Neal Smith Wildlife Refuge.  Carpooling is available from the Dubuque, Jackson, and Jones County Conservation Board Nature Centers at 7 AM.  Cost is $5 per person to attend.  Participants will be given a tour of the education center and gree houses, go on a few short hikes, enjoy a picnic lunch, and go on a guided driving tour to view bison and elk herds.   Register at (563)652-3783  or email jmeyer@jacksoncounty.iowa.gov 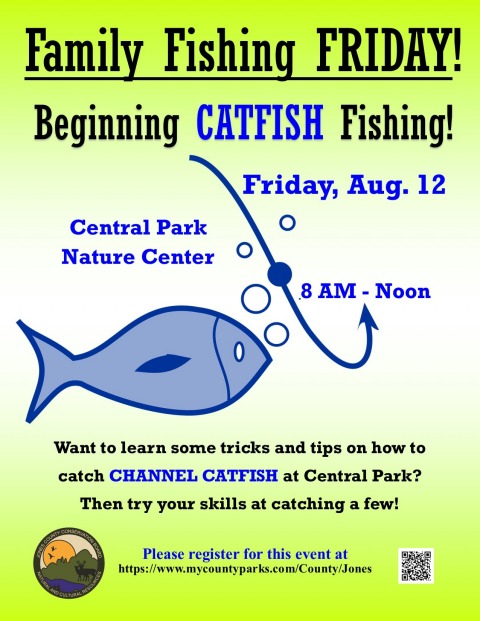 Join Jones County Conservation Department Staff as you learn some tricks and tips on how to catch channel catfish at Central Park.  Use your own equipment or borrow some of ours to try out your new fishing skills.   Bait will be provided.  Children must be accompanied by an adult at all times.   Don't forget to bring sunscreen and insect repellent and dress for the weather.   Anyone 16 and over must have a valid Iowa Fishng License to fish.   Want to take fish home for supper? - Bring your cooler and ice. Pre-registration is required.  Click here to register. 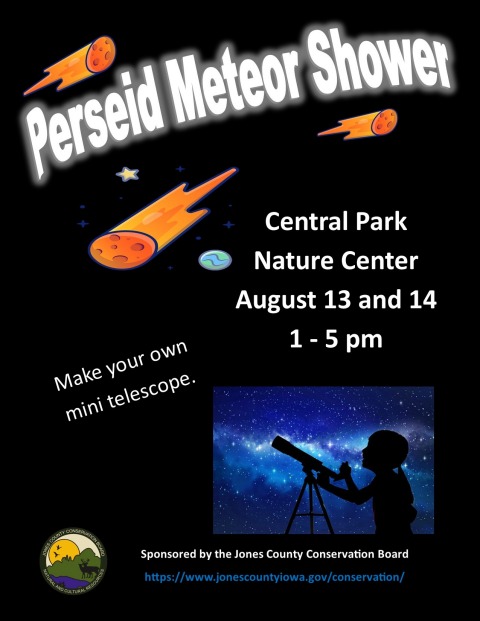 Learn about the perseid meteor shower on Saturday and Sunday, August 13 and 14th, between the hours of 1 and 5 PM at the Central Park Nature Center.   Make your own mini-telescope to take home.

Learn about the perseid meteor shower on Saturday and Sunday, August 13 and 14th, between the hours of 1 and 5 PM at the Central Park Nature Center.   Make your own mini-telescope to take home. 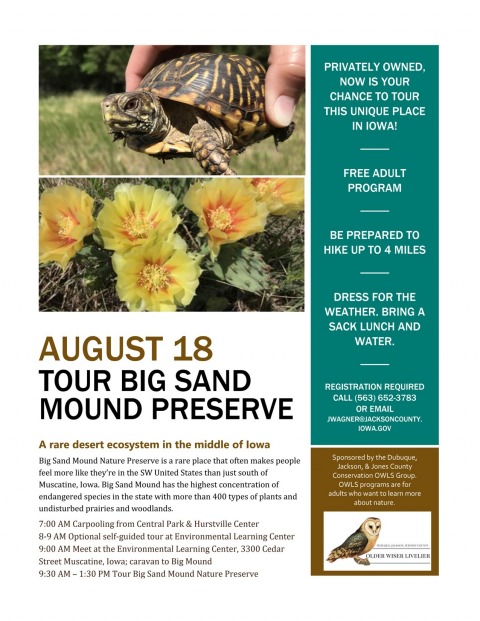 Join the Jackson, Jones, and Dubuque County OWLS (Older Wiser Livelier Souls ) Group for a tour of the Big Sand Mound Preserve.  Big Sand Mound Preserve is a privately owned preserve with one of the highest concentrations of endangered species in the state with more than 400 types of plants surviving in undisturbed prairies and woodland habitat.  Carpooling from each counties respective Nature Center will occur at 7 AM.  8-9 AM is an optional  self-guided tour of the Environmental Learning Center.  9 AM is the caravan to Big Sand Mound Preserve for the tour.  This program is free.  Dress for the weather, wear hiking footwear, and bring a sack lunch and water to drink.    Register by calling (563)652-3783 or emailing jwagner@jacksoncounty.iowa.gov 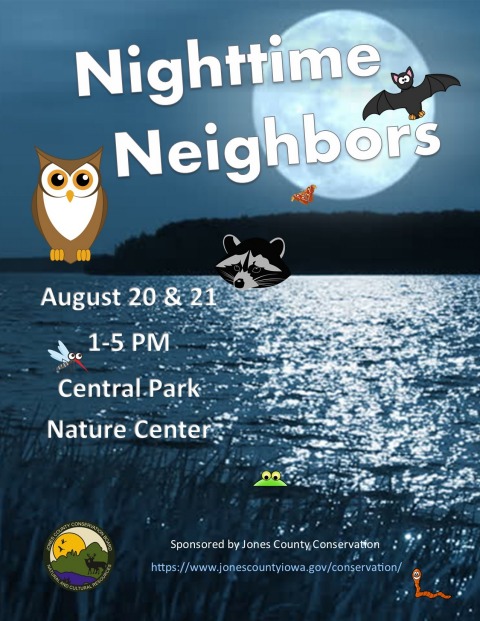 Stop by the Central Park Nature Center anytime from 1-5 PM on Saturday and Sunday, August 20 and 21 to learn about some of your nighttime neighbors.

Stop by the Central Park Nature Center anytime from 1-5 PM on Saturday and Sunday, August 20 and 21 to learn about some of your nighttime neighbors.

Board of Adjustment Meeting

Jones County is located in eastern Iowa and home to 20,638 residents. It was established in 1837 and named in honor of George Wallace Jones, U. S. surveyor, 1st delegate to Congress from Wisconsin Territory, and U. S. senator from Iowa. The county is home to Anamosa, Cascade, Martelle, Monticello, Morley, Olin, Onslow, Oxford Junction, and Wyoming.

The county is administered by a Board of Supervisors who are elected and include five members. Other elected officials include the Attorney, Auditor, Recorder, Sheriff, and Treasurer.